In 2017, the City of Gastonia hired the Development Finance Initiative (DFI) to complete the necessary pre-development processes for multiple development pads around the Franklin Urban Sports and Entertainment (FUSE) District. The pads surround the transformative, multi-use sports and entertainment facility to be built by the City as an anchor to the District.

Gastonia is the largest city and the county seat of Gaston County. Its city center is home to beautiful historic buildings, a vibrant retail presence, unique dining options, and a burgeoning arts and culture scene. Gastonia is the third largest city in the Charlotte-Concord-Gastonia MSA, sitting 20 miles west of Uptown Charlotte. Since 2000, the City has experienced steady population growth, partly attributed to households migrating from Mecklenburg County. In the FUSE District, City leaders hope to cultivate a vibrant, mixed-use district supported by population inflow trends, the area’s economic growth, and historic architectural assets.

In 2013, the City commissioned a study for a new ballpark development adjacent to its central business district. With positive feedback from this study, the City proceeded with acquiring 16 acres of land between Downtown Gastonia and the Loray Mill Historic District. Soon after acquiring the properties, the City engaged UNC DFI to help ensure the full potential for transforming the FUSE District.

UNC DFI guided the City in an assessment of the highest and best use for the parcels. The process helped determine the guiding public interests for the project, the market demand for different development products (residential, retail, office, hotel, and parking), the financial feasibility of the project and public participation opportunities, and a phasing plan for development. DFI also enlisted the support of Tise-Kiester Architects to explore different program configurations and massing options for the District’s historic Trenton Mill and Coca Cola bottling plant structures and for new construction of a hotel.

DFI is still actively working with the City in the FUSE District. Through the first Solicitation for Development Partners (SDP) in the FUSE District, specifically for the rehabilitation of Trenton Mill, DFI and the City received six development proposals from highly-qualified firms. After thorough evaluations, the City Council selected Lansing Melbourne Group (LMG) for exclusive negotiations. LMG is currently targeting Q1 2020 for starting this $14M+ adaptive reuse of the Trenton Mill into apartments and retail.

In July 2019, UNC DFI and the City released a second SDP for three additional development opportunities. This SDP is posted here: https://dfi.sog.unc.edu/projects/development-solicitations/.

For Gastonia, the long-term impact of the FUSE District will be tremendous. While the private investment and related incremental increase in tax assessed value are important metrics, the City desires for the FUSE District to serve as a growing commercial district that features the best of urban living: residential choices, sports and entertainment options, offices, restaurants, retail shops, services, green spaces and more. 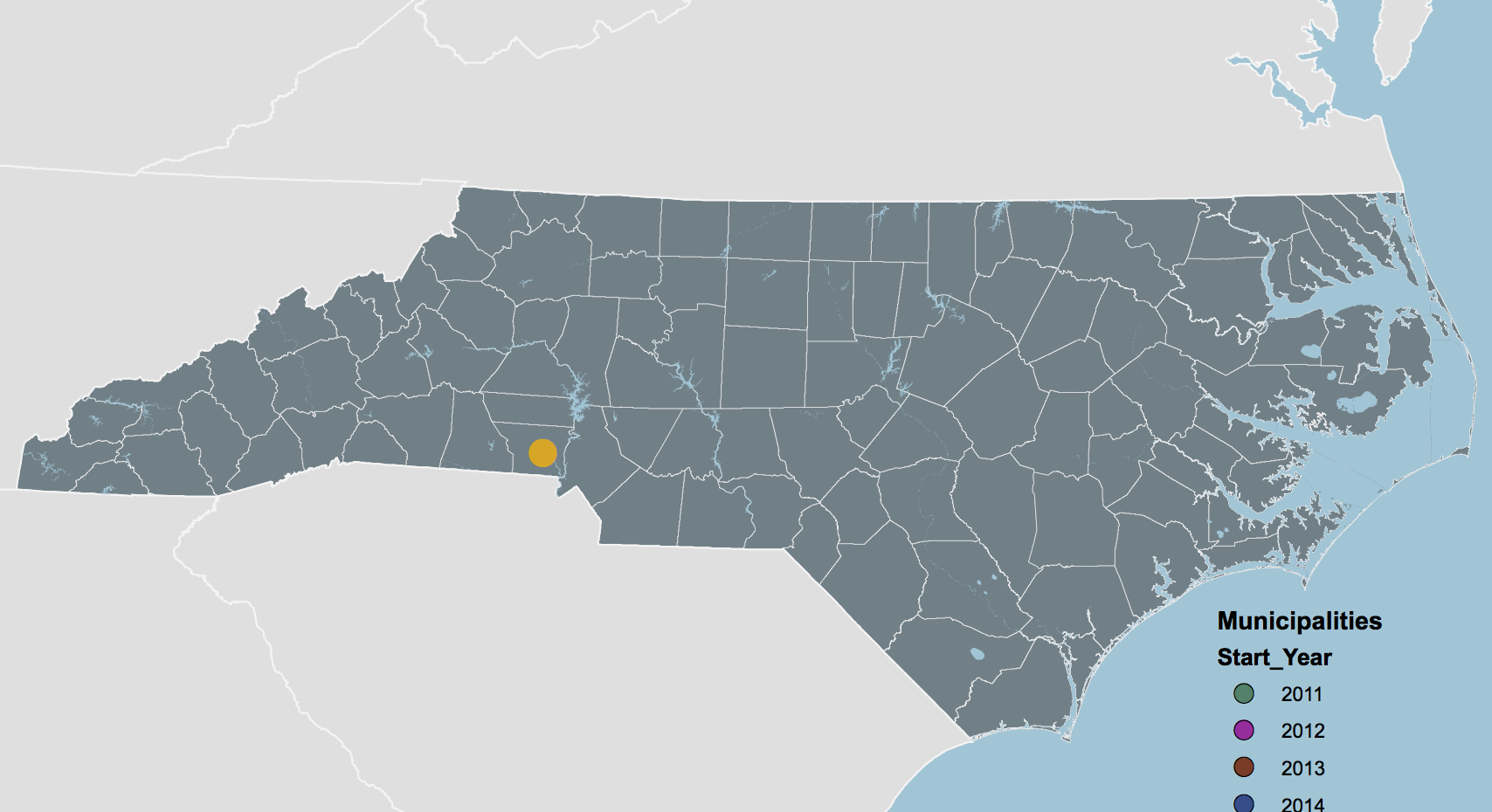